The Barber of Seville at Classical Theatre 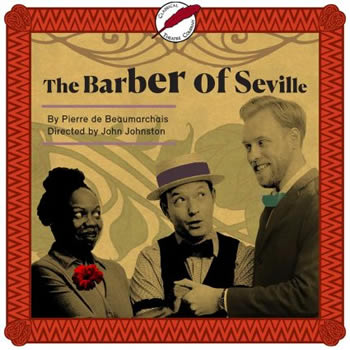 Most everyone is familiar with the opera The Barber of Seville by Gioachino Rossini, but few know that the opera is based on the 1775 play by Pierre-Augustin Caron de Beaumarchais.

In fact, the play has never before been professionally produced in Houston’s long history.

Beaumarchais’ play is the origin for such iconic characters as Count Almaviva, Bartholo, Rosine, and of course, Figaro. 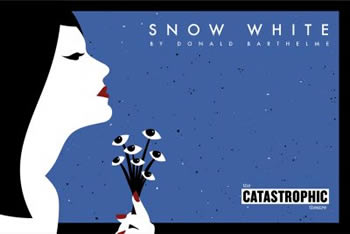 The Catastrophic Theatre presents
Snow White.
by Donald Barthelme
April 7 through May 6 at MATCH Houston.

Snow White is tired of being “just a horsewife” to Bill, Dan, Edward, Hubert, Henry, Clem and Kevin, who, in her estimation, “only add up to the equivalent of about two real men.”

While the seven men toil in commercial real estate and manufacture exotic high-end baby foods, she whiles away her days reading Mao Tse-tung, drinking vodka with orange juice, and impatiently waiting for the prince promised to her by history.

This world premiere production of Snow White is a theatrical adaptation of the groundbreaking, experimental novel by the iconic, postmodern novelist, poet, and early faculty member of the University of Houston Creative Writing Program, the late Donald Barthelme.
Read More... | Comments? 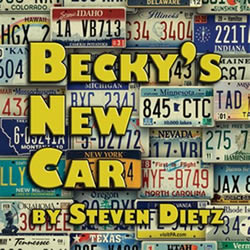 Have you ever been tempted to flee your own life?

Becky Foster is caught in middle age, middle management and in a middling marriage—with no prospects for change on the horizon.
Read More... | Comments? 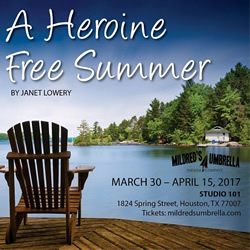 Set amidst a family vacation at an idyllic lake house in upstate New York, A Heroine Free Summer examines what happens when a family becomes divided – the result of two teenage sons confessing to drug use. As the adult sisters struggle to determine where their allegiances lie, one must decide whether to save the clan or let it fracture, a decision with epic consequences in this explosive new drama.
Read More... | Comments? 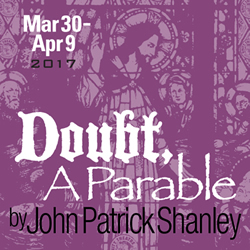 Winner of the 2005 Pulitzer Prize and Tony Award, in this powerful drama, Sister Aloysius, a Bronx school principal, takes matters into her own hands when she has suspicions about the young Father Flynn.
Read More... | Comments?

Next To Normal at ETC 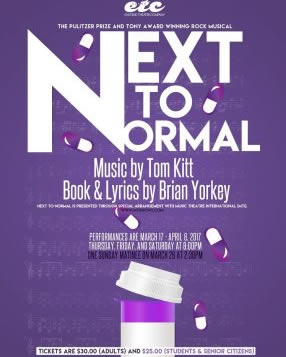 Next to Normal,
with music by Tom Kitt and book and lyrics by Brian Yorkey
at Island ETC (East-End Theatre Company)
March 17th- April 08,2017

This ‘feel everything’ rock musical has earned accolades around the world for it tender, insightful, and funny portrayal of a family trying bravely to come to terms with life, love, and loss.

NEXT TO NORMAL is about the seemingly perfect Goodman family. Their only problem is that sometimes mother Diana seems just a little too happy. Her husband Dan worries all the time. Their daughter Natalie is intent on getting a scholarship to Yale and leaving home.