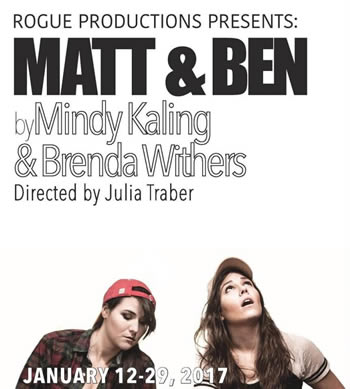 The show hilariously investigates a theory behind the writing of the award-winning screenplay for “Good Will Hunting.”

Will we ever find out the real story behind the Oscar winning screenplay Good Will Hunting?
How did those two 'bros' come up with such a brilliant script?
Read More... | Comments?

The Designated Mourner at Catastrophic Theatre 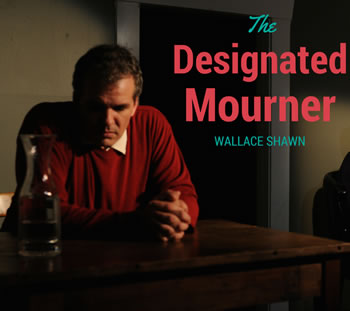 Please join us for a very limited run of Wallace Shawn’s fiercely urgent, frighteningly prescient masterwork, The Designated Mourner, a special, off-season addition for those that need it.

The Catastrophic Theatre previously staged The Designated Mourner in 2010, in a production The Houston Chronicle called a “quietly stunning realization.”

Although it takes place in an unspecified time and place, its themes are immensely timely especially right now, and Catastrophic Theatre artistic director Jason Nodler decided to offer a limited run of the play as a necessary add-on to the current season.
Read More... | Comments?

Much ado about NOthing 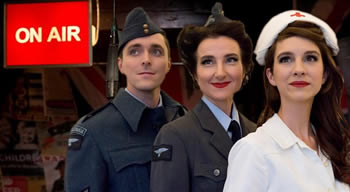 Shakespeare’s beloved comedy of love, languish and language in a smart new production from Prague Shakespeare Company. Set in World War II Britain, a group of nurses, wounded servicemen and patriots produce a radio broadcast of Much Ado About Nothing to raise morale of the troops on the front.
Read More... | Comments? 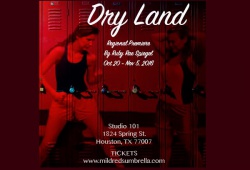 
Mildred’s Umbrella Theatre Company continues its 2016-2017 season with the regional premiere of Dry Land by recent Yale graduate and Susan Smith Blackburn Prize finalist Ruby Rae Spiegel. Set in a high school locker room, the play centers on the awkward friendship borne out of crisis between two teen girls on the precipice of adulthood.

Amy and Ester are an unlikely pair – Amy is brash and blunt while Ester is the more unassuming of the two – who are forced together in trying to solve the problem of Amy’s unplanned pregnancy. The result is an honest, unflinching and often hilarious portrayal of teenage distress that has won accolades from critics and audiences alike.
Read More... | Comments?

Becky Shaw follows a newlywed couple who fixes up two romantically challenged friends: wife's best friend, meet husband's sexy and strange new co-worker. When an evening calculated to bring happiness takes a dark turn, crisis and comedy ensue in this wickedly funny play that asks what we owe the people we love and the strangers who land on our doorstep.
Becky Shaw won the 2009 Outer Critics Circle Award, and was a finalist for the 2009 Pulitzer Prize for Drama, and the Lucille Lortel Award and Drama Desk Award for Outstanding Play. Gina Gionfriddo was a finalist for the 2013 Pulitzer Prize for Drama for another play-"Rapture, Blister, Burn".

“Firecracker has allowed me to work on shows that really delve into the fragility of human relationships, which I love in a script.” McMillan says. “Becky Shaw is no different; it is a darkly funny and realistic exploration of how our actions can have unintended consequences in each others lives.” 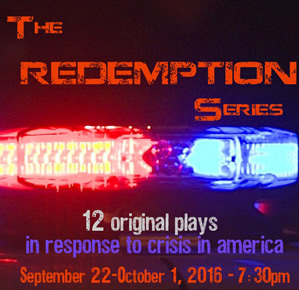 The Landing Theatre Company opens the 2016-17 season with THE REDEMPTION SERIES –12 original short plays in response to crisis in America.
September 22 – October 1, 2016

The Landing Theatre Company (LTC), Houston’s professional company dedicated to advancing American Playwriting, opens their 2016-17 season with THE REDEMPTION SERIES: 12 original short plays in response to crisis in America. In the wake of national tragedies such as the massacre at PULSE Night Club in Orlando, FL and the continuing fatal police shootings, LTC put out a national call for new plays that explore how we come together and move forward in times of crisis. Featuring plays from notable writers from around the country, we seek to find answers to these questions through laughter, tears, and community.