One of Shakespeare’s earliest and most popular comedies, The Taming of the Shrew delights with disguise, deception and devilment. Shakespeare gives us the improbable courtship of the fiery-tongued Katherine by the arrogant Petruchio. But unlike Shakespeare’s other ..
Read More... | Comments? 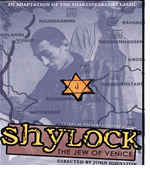 A delightfully disturbing multi-media dance tale...
FrenetiCore's 'Deviations' explores the world of Grimm fairy tales as re-told by Anne Sexton in her book of poetry 'Transformations'. Stories such as 'Sleeping Beauty' and 'The Frog Prince' are re-interpreted for adults through...
Read More... | 6 comments

Houston ,TX-A mother remembers her husband sitting in a dark cave, her affair with a bull, the children she abandons to horrible fates. Mildred's Umbrella presents an unusual evening of theater as...
Read More... | 6 comments

A Chorus Line at playhouse 1960

Director/choreographer Michael Bennett had long wanted to do a show about the faceless artists in the chorus who persevere through endless audtions and almost constant rejection. So in 1974, he rented a studio and invited 24 dancers to talk about their lives....
Read More... | 1 comment

Bertolt Brecht's BAAL
Opens November 18 and runs Thursdays, Fridays, and Saturdays at 8:00 pm Thru December 11th and final show on the Friday December 17th at the Axiom Theater, 2524 McKinney.

“The most beautiful thing is: Nothing.” -Bertolt Brecht
In Bertolt Brecht’s first play, written at the age of 20, Baal is a drunk, sexually carnivorous poet and singer who is ruthless, selfish, and not above any action in his quest for personal pleasure....
Read More... | 8 comments
◄ Prev (1) 2 3 4 Next ►