Classical Theatre Company will expand its Shakespeare Outreach Program in the Fall of 2016 by establishing a Junior Shakespeare Acting Company. Hearkening back to the children’s acting companies of Shakespeare’s day, this company will accept children from ages 10-13 for an intensive acting and performance training program in Shakespeare. The program will include vocal training, training in stage combat and movement, and performances of scenes from Shakespeare. Ultimately the Junior Company will work on plays written by Jonson, Lyly, Beaumont and Fletcher and other great Elizabethan playwrights specifically for the child players, some of whom went on to create the roles of children and young women in Shakespeare’s company
Read More... | Comments?

HOUSTON - David Rainey, Executive Artistic Director of The Landing Theatre Company (LTC), announces the company's sixth season, and first full season in their new venue downtown: Landing Theatre @ the Docks (formerly home of Catastrophic Theatre and DiverseWorks). This season will feature the world premiere of Steven Strafford's Small Jokes About Monsters, a finalist in the 2016 New American Voices Play Reading Series; the Regional Premiere of Idris Goodwin and Kevin Coval's This is Modern Art, originally commissioned by Steppenwolf; the Regional Premiere of Winter Miller's In Darfur, originally co-commissioned by the Guthrie Theatre and The Playwrights Center and presented at the Public Theater; and the Olivier-nominated Jesus Hopped the 'A' Train by Pulitzer Prize winning playwright Stephen Adly Guirgis.
Read More... | Comments?

The Classical Theatre Company (CTC) is proud to announce the lineup for its 2016-2017 Mainstage Season. As the only professional theatre company in the State of Texas that solely produces classical drama on a year-round basis, CTC only produces plays that are 100 or more years old.

This next seasons line up includes:
Read More... | Comments?

We are ecstatic to be a part of the largest concentration of creative organizations in the state of Texas, within the Washington Avenue Arts District, in the Silos at Sawyer Yards! Hub Studio will host events for all of Houston, and the season is already being pre-booked. The final steps are being completed and now all we need is you to come out and enjoy the space with us! 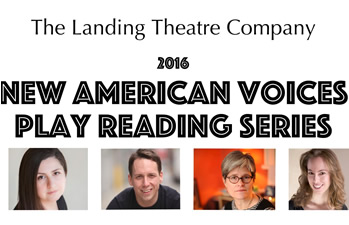 The New American Voices Play Reading Series annually features four new American plays by some of our nation’s top emerging playwrights. The plays are performed by local actors, and followed by a talkbacks with the playwrights, directors and casts. The weekend reading series is open to the public, and offers the seasoned theatre-goer a stimulating taste of what’s next in American theatre!

CATASTROPHIC THEATRE IS MOVING TO MATCH!
(Houston, TX, November 16, 2015) –
The Catastrophic Theatre is pleased to announce that it will move its operations to MATCH (Midtown Arts and Theater Center Houston) in January 2016. By doing so, Catastrophic will join a broad spectrum of Houston’s arts organizations in an accessible, state-of-the-art facility that will bring together an array of artists and art lovers from across the region’s diverse cultural, economic, and geographic communities. Catastrophic’s audience will now be able to attend its productions in a prime location at 3400 Main Street @ Holman, easily reached from all areas in Houston and directly off the Metro rail line.