Mainly the Bigger Venues-in town that also offer an equity contract ever so often.

The Landing Theatre Company kicks off season with FOOL FOR LOVE 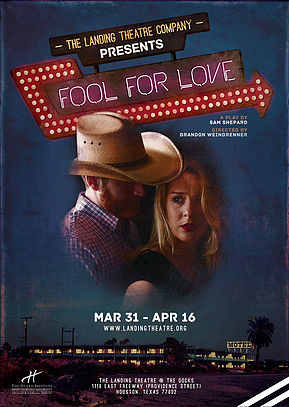 Set in a seedy motel on the outskirts of the Mojave Desert, Fool for Love is the story of two people who canâ€™t seem to escape each other. May, hiding from her past, is confronted with the abrupt arrival of her life-long lover Eddie, who forces his way in and threatens to drag her back into the tumult she ran so far away from. When ..
Read More... | Comments?